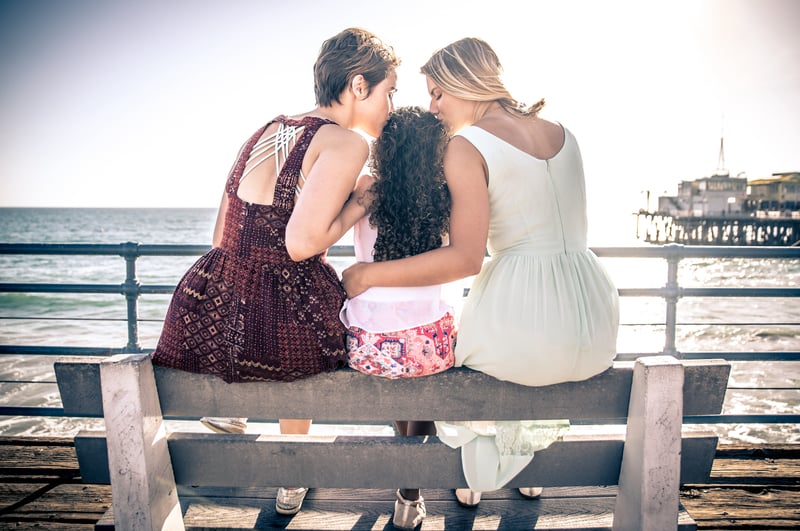 In January 2021, the Rhode Island Uniform Parentage Act became law. Now, LGBTQ families and individuals can legally confirm parenthood with an affidavit of parentage at the hospital, a right formerly denied them. Plus, this Rhode Island family law sets clear guidelines for determining parentage through nearly every path to parenthood.

The Rhode Island Uniform Parentage Act (RIUPA) is a dream come true for LGBTQ, nonconforming and transgender individuals and couples who don’t fit the traditional definition of family. The general effect of the law is to redefine family, removing in several ways the distinction of “traditional.”

The news of the new RIUPA has brought great joy to those we care for and our providers. Our patients come to us to fulfill their dreams of becoming parents, and now they no longer have to run through legal hoops to make their dreams reality. This law has allowed all intended parents equal rights and medical decision-making from the time of birth, despite their sexual orientation or marital status.

In particular, RIUPA sets greater protections and equal treatment for LGBTQ families. No longer do they have to go through the time-consuming and expensive second-parent adoption process to confirm legal parentage. Now they can do it by completing a civil Voluntary Acknowledgement of Parentage (VAP) form at the birth of their child.

Who is a parent according to Rhode Island family law?

For the child’s health, welfare and best interest, it’s beneficial to establish legal parentage immediately when the baby is born. A legally recognized relation of a child to parents enables medical decision-making throughout the child’s life, ensures that the child will receive any insurance benefits or inheritance rights, and protects parental rights should a couple separate.

Rhode Island family law says that partners who are married or joined through civil union are automatically recognized as a child’s parents, either when the child is born or up to 300 days before the marriage or union has ended.

Related Reading: LGBTQ Parenthood Can Be a Journey of Self-Discovery

A presumed parent includes someone:

De facto parentage is based on an individual’s relationship with the child. If clear and convincing evidence exists, a de facto parent can be someone who:

RIUPA contains stipulations that allow people to challenge assigned parentage if it was established under duress, coercion or threat of harm.

Why is Voluntary Acknowledgement of Parentage important?

For years, heterosexual, unmarried couples have been able to establish parentage through a Voluntary Acknowledgement of Parentage form filled out at the hospital or any time up until the child is 18 years old. Partners and parents in the LGBTQ community have always been denied such access prior to the new Rhode Island law. Many still are in some other states.

The Voluntary Acknowledgement of Parentage form is an affidavit of parentage that an individual fills out with their demographic data and then signs to affirm that they intend to be a legal parent, along with the rights and responsibilities that go with parentage. The person who gives birth to the child also signs the form, and it usually needs to be notarized or witnessed.

Thanks to RIUPA, now all Rhode Island residents, including LGBTQ couples and individuals, are able to execute this affidavit of parentage and be recognized by the courts as legal parents. While VAP rules vary by state, the voluntary acknowledgement of parentage, when properly executed, carries the compulsory force of a court order and is valid in all jurisdictions.

I highly advise anyone in the LGBTQ community who is considering having or parenting a child to consult a competent attorney and get complete information about VAP rules, requirements and responsibilities.

RIUPA stipulates that an individual who consents to assisted reproduction, such as intrauterine insemination (IUI) or in vitro fertilization (IVF), with the intention of becoming a parent of the resulting child, will in fact be the legal parent. Consent can be confirmed through a signed statement or through a court adjudication.

It is important to recognize that the anonymous donor of the sperm or eggs used for IVF or other fertility treatments is not considered a legal parent of the resulting child.

Surrogacy is when a third-party is contracted as the gestational carrier of the baby through a written and signed agreement. This area of RIUPA is more restrictive than others.

The agreement must be executed by the intended parents, the family member acting as the carrier, and the spouses of any of those parties, if applicable. This agreement ensures that the gestational carrier and their partner do not have any parental rights or duties.

I urge anyone seeking to use a surrogate or become a surrogate to seek legal counsel before starting the process.
For more information about the Rhode Island Uniform Parentage Act, see State of Rhode Island Office of Child Support Services.