Egg donation at a glance

What is egg donation?

Egg donation involves one woman donating her eggs to another couple or individual in the hope of helping them achieve a pregnancy that otherwise wouldn’t be possible. Egg donation is one aspect of what the American 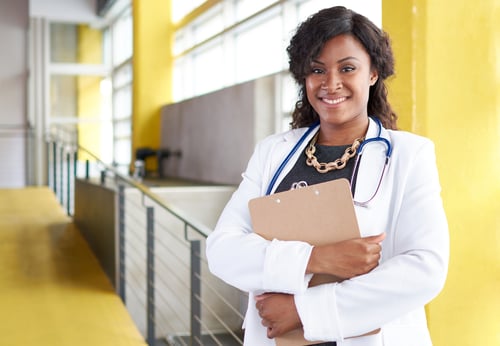 Society for Reproductive Medicine (ASRM) refers to as third-party reproduction, in which a third party (a woman) donates her eggs to use in assisted reproductive technologies.

The process begins by recipients identifying a suitable egg donor who goes through a rigorous screening process. Through IVF procedures, the eggs are retrieved from the donor and fertilized using the male partner’s (or donor’s) sperm. The resulting embryo is then transferred to the womb of the recipient mother for possible pregnancy.

The first pregnancy through egg donation occurred in 1984, and the practice has expanded significantly since then as fertility specialists have improved IVF and the egg freezing and storage process, called cryopreservation. The practice of egg donation has also gained in social acceptance and has increasingly become an option for overcoming several female infertility factors.

According to ASRM, average pregnancy success rates using donated eggs are 55-60 percent in the United States. Many factors determine success, but the age of the recipient does not appear to be one of them, although using donor eggs from a young woman (less than 31 years of age) is critical to the success of the procedure.

Good candidates for egg donation are women experiencing infertility most often due to diminished ovarian reserve, which means that the eggs are of poor quality. Couples may also have medical or genetic issues that make a healthy pregnancy with their own eggs unlikely. LGBT individuals and couples who need healthy eggs to build a family are also good candidates to receive donated eggs.

Fertility specialists carefully evaluate women and couples receiving donor eggs, as they would anyone considering IVF. This evaluation may include:

Fertility clinics often have established guidelines for the maximum age of a woman seeking fertility treatment using her own eggs, and will often recommend a woman use donor eggs after a certain age to maximize the chances of a healthy pregnancy. Clinics often also have established guidelines on a maximum age to undergo fertility treatment, even with donor eggs.

The online MyEggBank interface allows current patients to browse egg donors and review their photos, as well as relevant medical and genetic information such as eye color, hair color, blood type and the age of the donor at time of donation. MyEggBank uses a unique cryopreservation process that safely freezes and stores eggs, leading to strong IVF success rates for cycles in which their eggs are used.

To learn more about finding an egg donor, please contact us using our online form. We’re happy to answer your questions. You may also use the online appointment request form to schedule a visit to discuss using an egg donor.

Egg donation agencies and egg banks handle most egg donations, though patients can make arrangements with a friend or family member. The egg donor may be a known donor, who is familiar to the recipients, or an anonymous donor.

Other types of egg donors can be women who previously underwent IVF for their own pregnancy and have eggs remaining after treatment. These eggs can be cryopreserved (frozen and stored) and donated to infertile couples in need.

Egg donors are carefully screened and are generally limited to women 21 to 31 years old, in good health, with excellent quality and quantity of eggs.

Egg donors may be compensated for their involvement, commitment and time. Rates of compensation vary depending on various factors, including egg donation agency involvement, ovulation stimulation medications used and other clinic factors.

Egg donation requires the donor and the recipient to undergo certain aspects of the IVF process. Egg donation can be done as a fresh IVF cycle. This involves careful timing to coordinate egg retrieval from the donor, lab fertilization to create an embryo, and transfer of the donated egg to the recipient’s womb, making sure that the endometrium is in the proper time of the cycle to be receptive to the embryo.

Using frozen donor eggs in what is known as a frozen IVF cycle allows for fewer timing restrictions on the part of the donor and the recipient. A study published in the Journal of the American Medical Association shows that the pregnancy success rate using fresh eggs is slightly higher than in egg donations involving frozen eggs. However, other donor or patient factors may make frozen egg donation in a subsequent IVF cycle more likely to succeed.

The steps for both fresh and frozen egg donation IVF cycles are similar.

Medical risks of egg donation are similar to those associated with IVF and can affect the donor and the recipient. These include risk of ovarian hyperstimulation syndrome (OHSS) for the donor, which is an exaggerated response to ovulation inducing medications.

Both the donor and the recipient may have a risk of tissue and organ damage, reaction to medications, blood loss and risk of infection. The procedure can also damage eggs and/or embryos.

Egg donation can cause emotional concerns for donors and recipients. Egg donation recipients as well as the donor will be scheduled for professional counseling from psychologists and attorneys experienced in third-party reproduction and egg donation to discuss the decision to use egg donation to build a family.

Women & Infants Fertility Center can assist patients in all aspects of egg donation.