Sperm donation at a glance

What is sperm donation?

Sperm donation is when a man makes his sperm available to a couple who can otherwise not get pregnant on their own due to male infertility. Sperm donation can also be used in the treatment of a single woman or 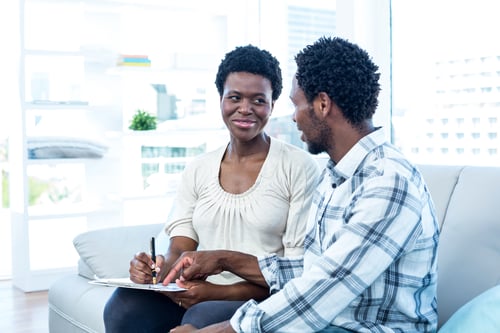 partner in a lesbian couple who desires a pregnancy but lacks a male partner.

A physician can either inseminate the donated sperm into the recipient woman’s uterus (artificial insemination) or combine the donated sperm with a woman’s egg in a lab during IVF to create an embryo that will later be implanted in the recipient woman’s uterus or the uterus of a gestational carrier. Sperm may be donated in a fertility clinic’s andrology lab, or the male can donate his sperm to a sperm bank. Sperm banks often compensate men for their time and involvement (it is not legal in the United States to pay one for donated tissue).

Doctors have been using donor sperm for artificial insemination for more than a century. More recently the use of donor sperm has decreased as the use of ICSI for the treatment of male infertility has become widespread.

ICSI is used to enhance the fertilization process of IVF by injecting a single sperm directly into a mature egg. As a result, an embryo is formed and placed into a women’s uterus or fallopian tube.

Donated sperm is generally used when a male partner’s reproductive system has abnormalities. These abnormalities can be caused by:

Other reasons for sperm donation include ejaculatory dysfunction, a sexual dysfunction that occurs when a man has trouble ejaculating his semen – either ejaculating too soon, too late, or not at all. Ejaculatory dysfunction may affect a man’s ability to get a woman pregnant naturally. Physicians may also use sperm donation if a man is aware that he carries a specific genetic abnormality that he and his partner do not want to potentially pass on to their child.

However, in most cases the reason for decreased sperm quantity or quality is unknown.

Sperm donors should be at least as old as the state’s legal age but less than 40 years old, which can reduce the potential defects that can occur in an aged man’s sperm. In most cases, donor sperm is obtained from a sperm bank. The majority of sperm donors are anonymous but donors may be known by the single woman or couple.

The Food & Drug Administration (FDA) requires sperm donor testing to be performed and recorded as negative within seven days of donation. A donor’s sperm is not accepted if either screening or testing reveals that he is at risk of having, or has had, a communicable disease.

Before the sperm is used again at a later date for fertility treatments, it must be retested. ASRM requires both anonymous and known donors to undergo the same initial and periodic screening.

Potential donors are screened for:

Often physicians require a potential donor to complete a medical questionnaire with details of his and his family’s health history (the screening requires at least two generations of family health history).

In addition, ASRM recommends that all sperm donors undergo a psychological evaluation and receive counseling on their sperm donation. This is intended to assess any psychological risks or discovers evidence of financial or emotional pressure to donate.

Since the rise of acquired immunodeficiency syndrome (AIDS) in the 1980s, artificial donor insemination has been performed using frozen sperm that is first quarantined. Current FDA and ASRM guidelines recommend that sperm be quarantined for at least six months before being released for use. The donor is tested at the time that the sperm is collected and testing is repeated at the end of the six-month quarantine.

Sperm banks will offer sperm samples that are prepared for the specific type of treatment they will be used in, and will be labeled as intracervical insemination (ICI), intrauterine insemination (IUI), and in vitro fertilization (IVF). The patient’s provider will help with the type he or she should choose, but generally, the IUI sample is the best choice.

After being frozen and quarantined for a minimum of 180 days, the donor sperm is retested for communicable diseases. The results must be negative before the samples are released for use.